Every day, you are exposed to toxic pollutants at various levels and frequencies. There are thousands of different toxins that exist in the world, most of them being directly related to the activities of humans.

For this reason, the United States Environmental Protection Agency (USEPA) has developed Maximum Contaminant Levels (MCLs) for many of the hazardous pollutants found in our wastewater and drinking water. The MCL is highest level of a contaminant that is allowed in drinking water and is primarily based on the level at which human exposure would result in adverse health effects. If you were to attempt to memorize all the deadly contaminants that exist in the world, good luck, as that would be a nearly impossible task. Instead, an easier approach would be to learn the six different types of toxic pollutants that are identified as part of USEPA’s National Primary Drinking Water Regulations (NPDWR). 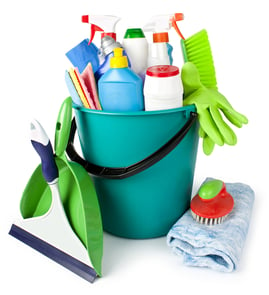 household cleaning products to kill off surface bacteria and microbial communities. However, you may not be aware that disinfectants are also utilized as drinking water additives to control growth of microbes in our tap water. Some examples of disinfectants used in drinking water treatment processes would be chloramines, chlorine, and chlorine dioxide. Although these are great at eliminating harmful microbes in our drinking water, human exposure at elevated levels can cause nervous system issues, anemia, and stomach discomfort.

Type #2 – Disinfectant Biproducts
Have you ever solved a problem but then found that in the process of solving that problem you also created another problem? This is the story of disinfectant biproducts. During the water treatment process some disinfectants can create toxic chemical biproducts. Bromate, Chlorite, Haloacetic Acids, and Trihalomethanes represent a few examples of biproducts that can be produced. These contaminants have been linked to increasing risk of cancer, as well as liver, kidney, or central nervous system problems.

Type #3 – Inorganic Chemicals
If you own or rent a home, you are probably familiar with this type of toxic contamination and words like lead paint, copper pipes, and asbestos might make you cringe. These inorganic chemicals can be extremely toxic and thus require regulation in our wastewater and drinking water. Some lesser-known inorganic chemicals such as arsenic, cyanide, and nitrite are associated with industrial and agricultural runoff. These inorganic chemicals can be extremely dangerous to humans and have been linked to increased risk of cancer, intestinal polyps, kidney damage, and even death. 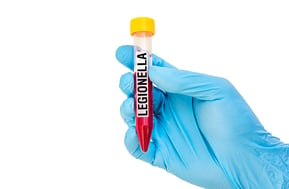 cells? Now you do! Microorganisms are everywhere and although many of them are not harmful to humans, many of them are. These tiny organisms are naturally occurring in the environment, but highly concentrated in animal and human fecal waste. Legionellae are an interesting class of microbes since they are found naturally in water and can multiply in heating systems. Apparently, they like it warm! Some other examples of toxic microbes are coliforms, Giardia lamblia, Cryptosporidium, and E. coli. The most common side effects from overexposure can be linked to Gastrointestinal illness (e.g., diarrhea, vomiting, cramps) Legionnaire’s Disease, a type of pneumonia.

Type # 5 – Organic Chemicals
Organic chemicals are utilized for a variety of industrial processes. While extremely useful, these toxic compounds are also linked to adverse health effects at exposure levels above the MCL. Organic contamination results from chemical factory discharge, emissions, agricultural runoff, petroleum refineries, ore processing, electronic manufacturing and more. Some examples of these compounds would be Atrazine, Benzene, and Benzo(a)pyrene which are associated with causing reproductive and cardiovascular issues, as well as increased risk of cancer. Since organic chemicals are such a common part of industrial processes, the list of toxic organic compounds keeps growing as human activities evolve with time. Therefore, monitoring organic chemicals is an essential part of environmental compliance testing.

Type # 6 – Radionuclides
Now for the final class of environmental toxins, radionuclides. This class is primarily associated with radionuclides from Alpha/Beta photon emitters, radium 226/228, and Uranium. Radiochemistry has always been a very interesting science for me, as it in many ways it is linked to how stars and galaxies are formed through nuclear fusion. This is also linked to why we find high concentrations of radioactive elements in certain types of natural ore deposits. For instance, granite is a type of rock that has varying concentration of radioactive elements uranium and/or thorium. Therefore, you may be exposed to radionuclides in your home and not even know it. Increased risk of cancer is commonly link to high levels of exposure to radioactivity. Therefore, if you are concerned about exposure in your home, you may want to invest in a Geiger counter to make sure the levels in your home are safe.