SLE, SPE and LLE – How are Those Different? 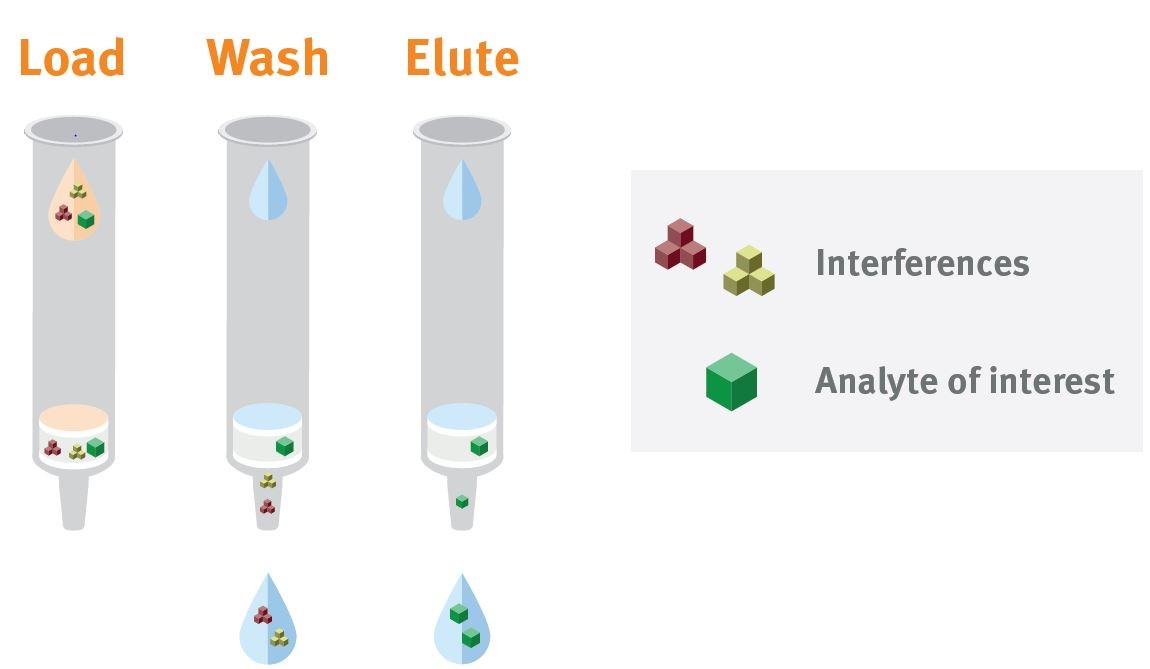 Supported liquid extraction is a technique that uses an inert support that’s packed into a disk or cartridge, much the way it is with solid-phase extraction.

However, unlike with SPE where the matrix and any potential interferences pass through the sorbent material (unretained), SLE utilizes inert material which retains the entire sample – both the analytes and the matrix components.  The analytes are then selectively eluted off the material using an immiscible organic solvent, leaving the matrix components on the media.   Unlike SPE, where the sample is loaded onto the column and flows through the sorbent to waste, the entire sample is loaded onto the extraction bed in SLE.  Therefore, it’s incredibly important to be sure you’re using a format with sufficient capacity to absorb the whole sample volume.  The use of an immiscible solvent to partition and extract analytes makes this technique very similar to liquid-liquid extraction.  Watch the video below to see an SLE workflow. 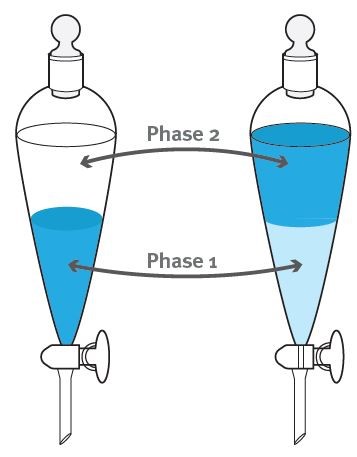 This technique is similar to SLE in that water-immiscible solvents are used to partition analytes based on their solubilities.  However, unlike SLE, liquid-liquid extraction requires vigorous shaking to get the organic solvent to break up into tiny droplets, which allows the analytes in the aqueous sample a great deal of contact time with a solvent they have a greater affinity for.  As the tiny droplets move through (but do NOT dissolve into) the aqueous sample, the analytes migrate from the sample to the organic solvent, where they can then be separated from the aqueous layer.

The downside to shaking the immiscible solvents (in addition to it being a very manual and time-consuming process) is that the formation of these tiny droplets can produce an emulsion which can take a great deal of time and solvent to break.  Another downside to this technique is that it’s very hard to automate and usually requires samples to be processed in sequence, rather than in parallel, which reduces the number of sample that can be processed in a day.

Both SPE and SLE are techniques that can be automated and both of them prevent the formation of emulsions.  Not only is there no shaking involved with SPE and SLE, but the analytes are retained on a sorbent material before the extraction solvent is introduced.  In other words, the aqueous water sample has passed through to waste before the water-immiscible solvent is introduced.